Jelly At The Zoo 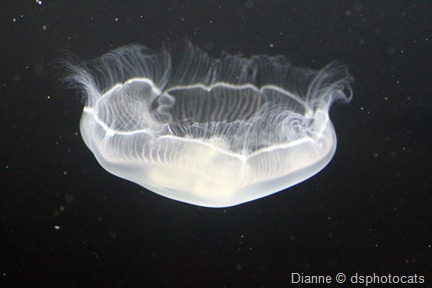 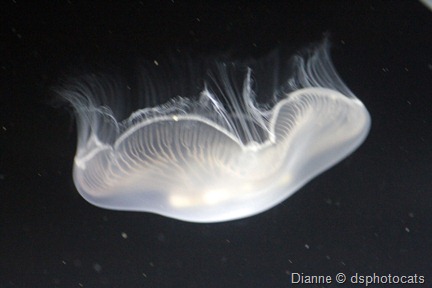 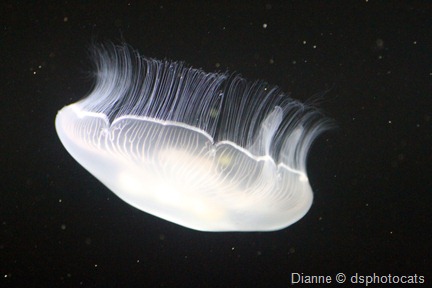 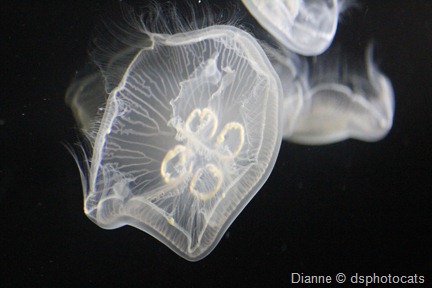 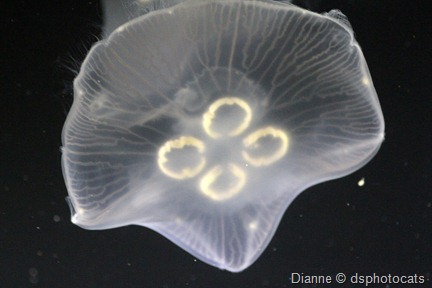 When a person goes to the Zoo most people think of Lions, Tigers, Giraffes, Elephants, Monkeys and such. I decided back in Sept. I would check out a few different species in the Pavilions. I found it challenging due to the lighting in these buildings, and of course the crowds of onlookers, but thought I would give it a try.

I could spend hours at the zoo in awe of all the amazing animals that I see, and want to see. I find it so fascinating. I think I could spend weeks there and not have enough time to spend with all my animal friends. I love animals and so does the One who Created them all. What an imagination our God and Creator has to make such a vast diversity of life on this planet called earth, and we humans haven’t discovered it all yet and probably never will. Scientists are no match for God The Creator of all life, including them. :)

These pictures were taken at the Toronto Zoo which has over 5000 different animal species to see. At some point I will post some of my other zoo pictures.

I will leave information on the Moon Jellyfish at the end of this post for anyone who may be interested in reading it and finding out some fascinating information on this animal. There are plenty of good sites on the internet as well.

I haven’t been out with my camera in quite awhile due to life circumstances. It has been on the shelf for now, but when the time is right I will be back out capturing the beauty that surrounds me each and every day. For now I am just thankful for eyes to see the things around me day by day. I am thankful for many things in my life. Life is precious. I hope to find you all well. Thank you for those of you who remember my mom in your prayers as she suffers from Chronic Kidney Disease. Life is challenging and an uphill battle for her. She is very courageous, and a woman of Faith. I am a much better person because of my mom. She has always been there for me, and I for her.

Hope you all take care and have a wonderful week whatever you do or don’t do.

Until next time and I hope to visit you all soon. 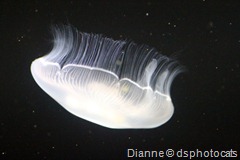 Location at the Toronto Zoo: Australasia

: Jellyfish are ancient creatures. Fossils have been found in rocks that are 650 million years old. Today there are more than 2000 species. Jellyfish are 95% water, 3% protein, and 1% mineral. There are four life stages from birth to adult. There is no backbone, brain, or heart. Adults drift with the currents, but can swim horizontally by pulsations of the bell to keep close to the surface. A primitive nerve net controls muscle contractions as it swims. The adult form is a transparent bell shape that ranges between 5 and 40 cm wide. Underneath is a central mouth surrounded by four oral arms that carry the stinging tentacles. From above, four crescent shaped gonads surround the mouth. On the rim of the bell are eight sets of eye spots sensitive to light and eight statocysts that help orient jellyfish when swimming. Jellyfish are primitive organisms with an outer layer (ectoderm) that covers the external surface and an inner layer (endoderm) that lines the gut. Between these is a jelly layer or mesoglea. The simple digestive cavity acts as a gullet, stomach, and intestine. There is one opening between the oral arms that acts as a mouth, anus, and entrance for sperm (in females).

: Jellyfish are carnivorous plankton eaters. They feed on fish eggs and larval fish and other plankton, such as mollusks, crustaceans, and copepods etc. Food is collected on the mucus surface of the jellyfish and by the tentacles. Flagellar action of the tentacles passes the food items to the margin of the bell and then up into the mouth and stomach.

: Jellyfish are either male or female. Sexual reproduction begins when a male medusa releases sperm through its mouth. The sperm swim into the mouth of a nearby female where fertilization occurs. Further development into free swimming planula (larval stage) occurs in brood pouches along the oral arms. The planula settle on the ocean floor and attach to the bottom forming the polyp. Polyps bud asexually to produce free swimming larvae known as ephyra, which grow into the adult medusa.

: The transparent body makes a jellyfish less visible to predators. Oral arms have tentacles that carry nematocysts (stinging cells) that stun prey or deter predators. About 70 species are harmful to humans. The medusa can shrink in size when food is scarce and grow when it is abundant. Radial symmetry permits finding food in any direction.

: IUCN: Not Evaluated; CITES: Not Listed.