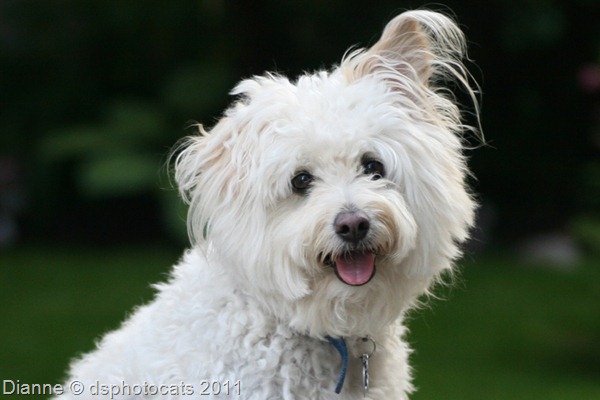 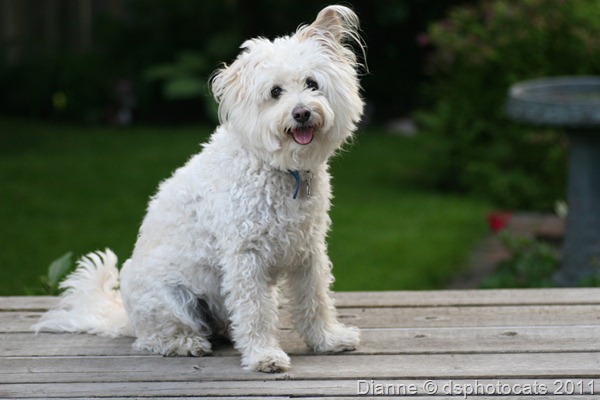 Jesse doesn’t know how to say cheese but he sure knows how to smile. There isn’t a day goes by that he doesn’t make me laugh and smile right back at him.

He is now 9 and a half years old. He will always be my puppy, no matter how old he is. He has me wrapped around his little paw. :)

I came across this inspiring story and thought I would share it with you. Hope you enjoy this little bit of “Food For Thought.”

A pet store owner was tacking a sign above his door that read "Puppies for Sale." The signs have a way of attracting children. Soon a little boy appeared at the sign and asked, "How much are you gonna sell those puppies for?" The store owner replied, "Anywhere from $30-$50." The little boy reached into his pocket and pulled out some change. "I have $2.37, can I look at them?" The store owner smiled and whistled.
Out of the kennel came his dog named Lady, running down the aisle of his store followed by five little puppies. One puppy was lagging considerably behind. Immediately the little boy singled out the lagging, limping puppy. He asked "What's wrong with that little dog?"
The man explained that when the puppy was born the vet said that this puppy had a bad hip socket and would limp for the rest of his life. The little boy got really excited and said, "That's the puppy I want to buy!" The man replied "No, you don't want to buy that little dog. If you really want him, I'll give him to you."
The little boy got upset. He looked straight into the man's eyes and said "I don't want you to give him to me. He is worth every bit as much as the other dogs and I'll pay the full price. In fact I will give you $2.37 now and 50 cents every month until I have him paid for." The man countered, "You really don't want to buy this puppy son. He is never gonna be able to run, jump and play like other puppies."
The little boy reached down and rolled up his pant leg to reveal a badly twisted, crippled left leg supported by a metal brace. And the little boy looked up at the man and said, “Well , I don’t run so well myself. This puppy will need someone who understands."
The man was now biting his bottom lip. Tears welled up in his eyes....He smiled and said, "Son, I hope and pray that each and every one of these puppies will have an owner such as you."

The moral of the story is, “Everyone needs someone who understands.” 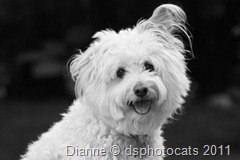 Have a wonderful day what ever you do or don’t do!