Butterflies, Dragonflies, and Such 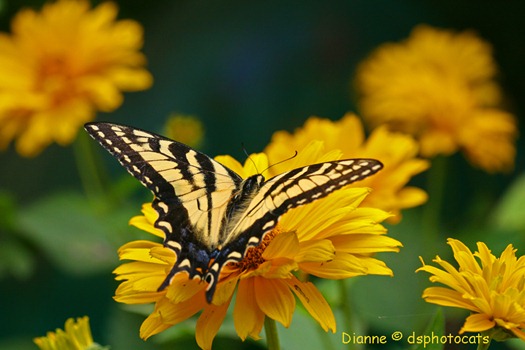 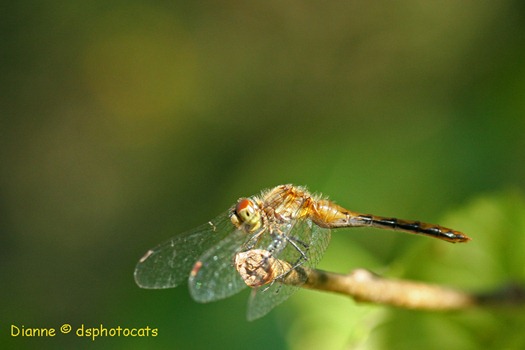 Dragonfly On The End Of A Tree Branch 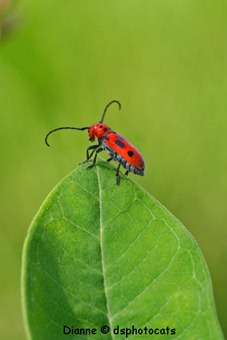 Little Red Bug By The Pond 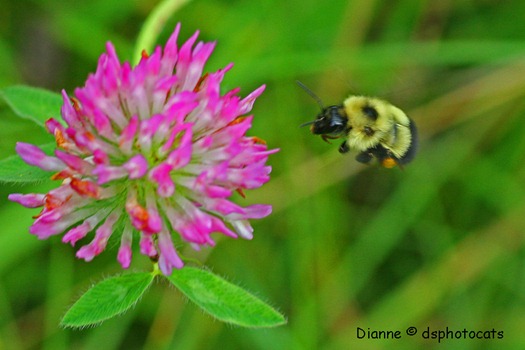 Bumble Bee Coming In For The Landing 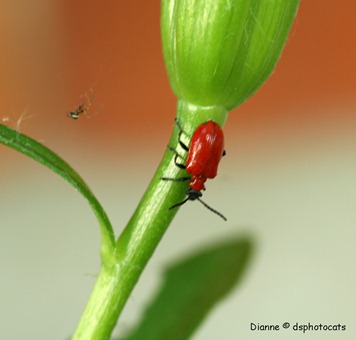 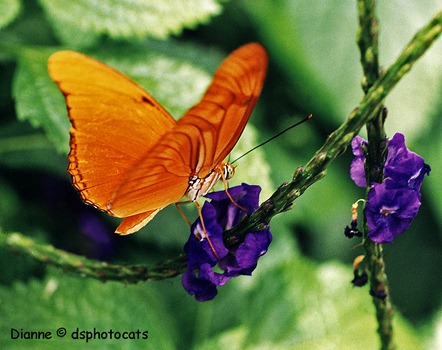 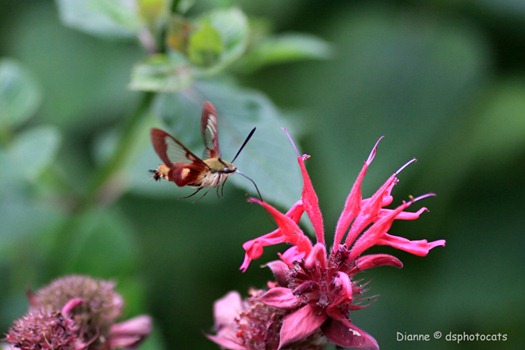 These little critters come back to the same flowers

every summer, or so it seems.

There is a group of daytime flying moths referred to as Hummingbird moths. These moths are members of the Sphinx or Hawk moth family. Included in this unique group are the White lined Sphinx, the Snowberry Clearwing, the Slender Clearwing and the Hummingbird moth. The term clearwing means exactly that......their wings are primarily a clear membrane like bees, wasps or flies. Only the out edge portion of their wings are covered with scales.

There are three predominant members in this group being the Snowberry, the Slender and the Hummingbird Clearwings. Of the three, the Hummingbird Clearwing is the largest having a body length of 3 to 3.5 cm and a wingspan of 5 cm. These moths feed on low Blueberry, Snowberry, Honeysuckle, Dogbane and Hawthorn. Flight action is similar to that of a Hummingbird in that they have the ability to hover and while feeding extend their proboscis for the purpose of gathering nectar. This further confuses novices as the uncoiled proboscis gives the impression of a beak. Definitely an intriguing sight for the unfamiliar, particularly when observed for the first time.

I added a description here to the last entry as it is something I don’t see very often. I just discovered the Hummingbird Moth a couple of years ago near Gananoque ,Ont. near the Ivy lee bridge which crosses over to New York State, from Ontario, Canada.

Jodi, known as Nature Nut has a hummingbird moth similar to the one I have captured here a couple of weeks ago, but hers are a different kind I think. Those of you who know her, check it out if you haven’t yet seen them. She has some excellent photos of them as well as many other fabulous photos. She is an excellent photographer and has a wonderful Nature Photography Web site. You won’t be disappointed.

If anyone knows the name of the red bugs or the orange butterfly, please let me know so I can added it to the title.

These are a few random photos I took with my 90mm, macro lens . The most recent being the Hummingbird Moths, which I took a couple of weeks ago when hubby and I were in Gananoque for the day.

Have a wonderful week ahead and enjoy the last few weeks of summer.