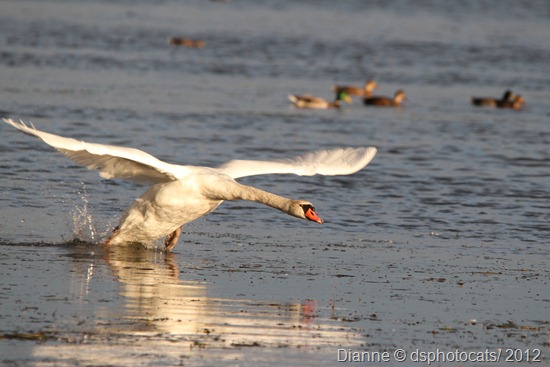 Mr. Cob starting down the runway 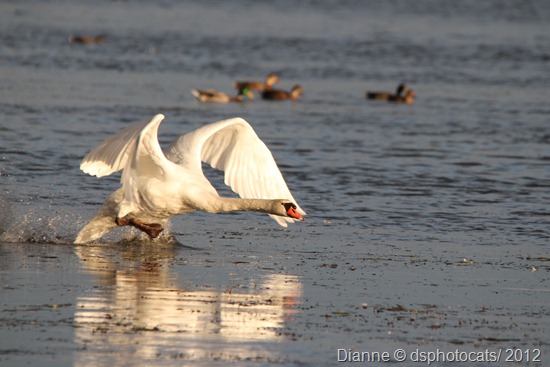 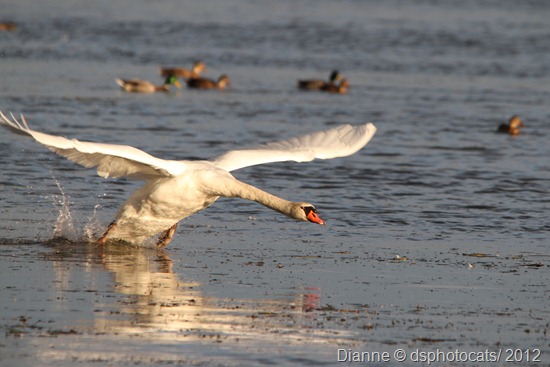 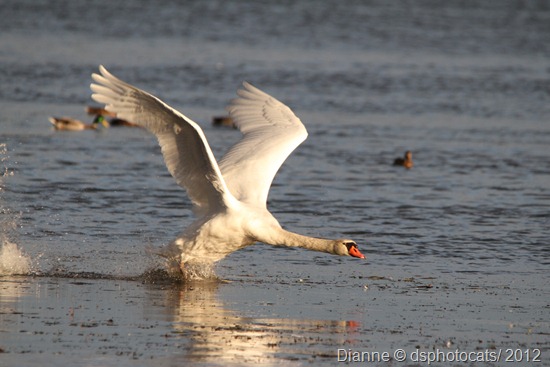 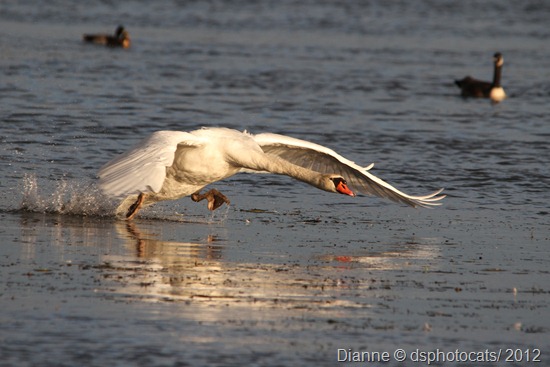 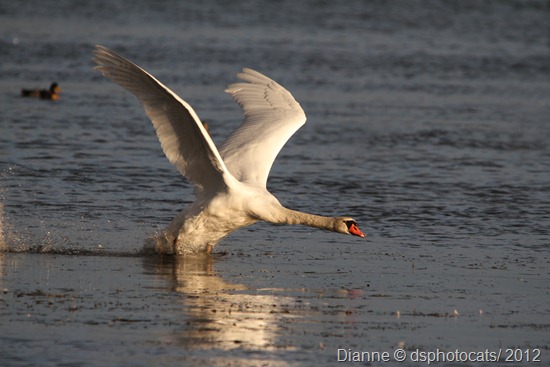 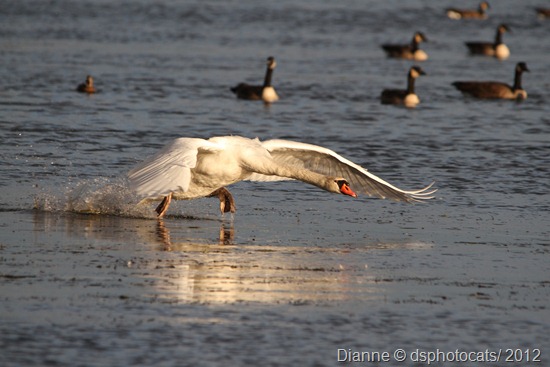 Paddling And Spreading Those Wings 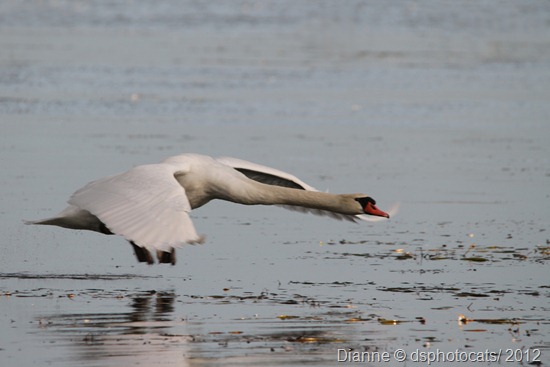 Up Goes The Landing Gear 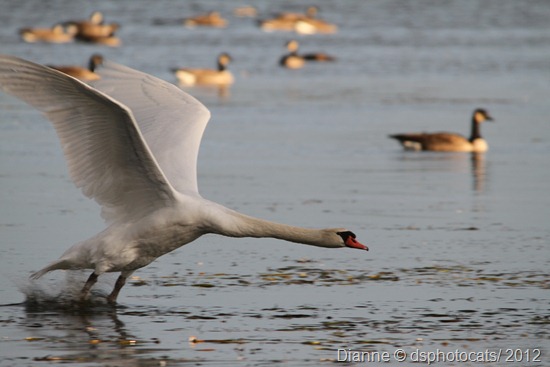 Down Goes The Landing Gear As He Pushes Forward 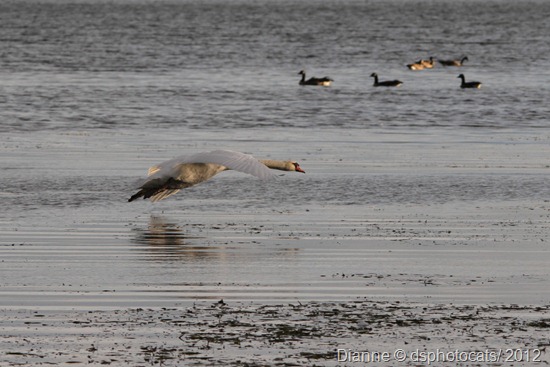 Up And Away He Goes 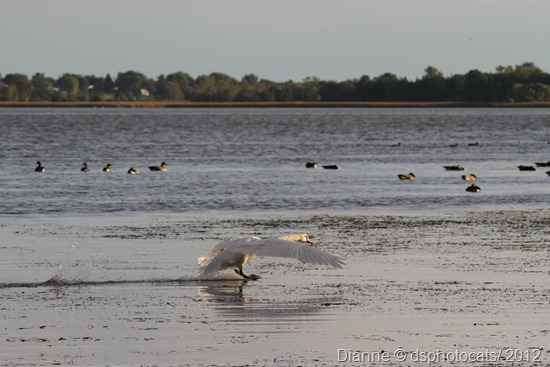 He Puts On The Brakes, Now For The Landing

This was a short distance flight to show the young ones how to do it.

In the next episode I will show one or two of the young ones learning to fly.

I took quite a few pictures and the lighting was a challenge. This is what I took… out of my camera other than a bit of cropping and resizing.

Some of the young ones started to fly right after big daddy, but it all happened so fast, and I captured what I could, hand holding  my 170-500 lens which weighs roughly 4.5lbs not including the camera. I didn’t have time to set my IS on Panning.

These may not be wall hangers, but I had fun capturing these swans taking off into a short distance flight.

I was so happy and thrilled to witness this. I couldn’t believe my eyes when the 10 swans swam out to where there were a large number of geese and ducks and corralled them out of their way (Flying Path), and got ready to fly. I took some pictures and at times just watched them in “Awe”. of what I saw. This family of swans and cygnets have come along way. The cygnets have transformed into Beautiful Swans. Soon it will be time to say goodbye unless they leave on announced. I think it is called the “Call Of The Wild”. South they will head. How far I do not know.

This is the second family of swans in the last few years that I have had the pleasure of following for a season. I hope and pray I will get yet another chance to witness another family of swans next Spring and Summer. But will enjoy these while I can.